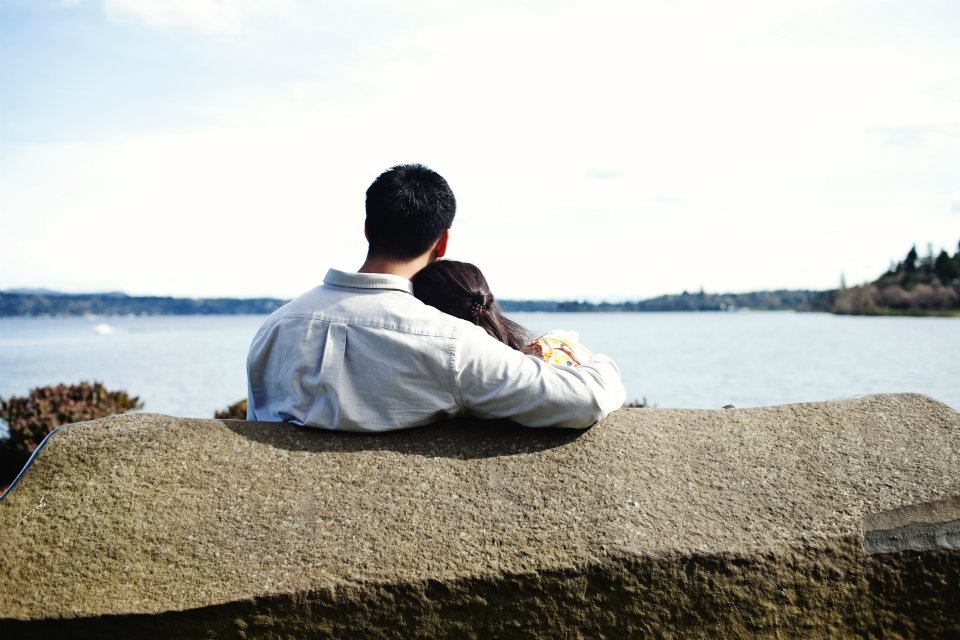 I read an article in The Japan Times titled, “Married or Single, Japan is a Desolate Country.” It’s a depressing reality check, but well worth the quick read.

As a Japanese man, husband, and father, it hurts. I’m 2.5 months away from welcoming my firstborn son into the world, intimate and united with my wife, and have few relational wants.

You can’t read the quotes below without processing that at least at a high-level, something is terribly wrong in Japanese society.

“Between 40 percent and 50 percent of all marriages in Japan are said to be sexless.”

“Spa’s survey of 600 finds 72.3 percent have no girlfriend; 36.7 percent have been sexless for more than three years.”

“Gynecologist Kitamura has calculated a line beyond which we’re in danger of being too tired for sex — 49 hours.”

“She reviews Japanese sex education over the past 20 years and concludes, “No wonder we’re sexless.””

Even more alarming than these statistics are the anecdotal quotes of individuals:

Spa polls 600 single men aged 35-45. They are some of the freest people on Earth — accountable to no one, responsible for no one, well enough off financially. They can do whatever they want, whenever they want. Why are they miserable?

“I was sick, I had a noro virus,” recalls a 41-year-old executive — “and there was nobody around to even bring me a glass of water.”

“Who can I go traveling with?” sighs a 38-year-old civil servant. “All my friends are married and have kids — they can’t come with me.”

“With someone you love, even McDonald’s would be delicious. With my parents, the best-cooked meal is just a chore to slog through,” complains a 39-year-old banker.

“Everyone at work is forever going on about child-care issues — ‘day-care centers in my neighborhood give you such a warm welcome; medical treatment for kids is free,’ and so on and so on. What am I supposed to contribute to this?” grumbles a 38-year-old office worker.

“I see all those happy families,” confides a 45-year-old businessman, “and think to myself, ‘Even if I get married tomorrow’ — which isn’t going to happen — ‘I’ll be 57 when my kids are that age.’ “

As a Christian, I don’t believe that people should have sex outside of their marriage relationship. This is the commitment my wife and I have made to each other and I can attest that I am very satisfied in this choice.

People may think that because of my beliefs about sex and marriage the fact that so many single young men are not having sex makes me happy, but it doesn’t. I wish that they had wives who they loved and pursued and enjoyed sexual intimacy with. But that isn’t happening right now and it cannot happen in the future because of a few huge cultural cancers especially related to men.

1) People spend too much time at work.
I know some friends who spend long hours at work and actually work their butts off while they’re there, but I hear about many more people who intentionally prolong their workload so that they can appear busy for hours after their official office hours end.

When your whole life is spent in an office with a computer screen there isn’t much time to cultivate your social relationships, and I wouldn’t be surprised if your aptitude for developing relationships declines from lack of use.

As for the sex aspect, it takes energy and romance to have a thriving sex life, so being married is no guarantee, as the statistics fully attest. A lot more that could be said here but let’s just say people need more time away from work and some guidance for how to use that time to cultivate relationships, starting with one’s own family.

2) Young men were not trained to be husbands and fathers.
If anyone is to blame here, I’m going to lay the lion’s share of the blame on the men rather than the women. I’m not saying women don’t have their part, but I really believe there are tons of women who would love to have a vibrant marriage with a loving husband. The problem is, very few of these husbands really exist.

When a boy sees his father love, cherish, and serve his mother, it gives him something to aspire to. When his father tells him that one day the boy will need to start his own family and love a woman like his father loves his mother, it provides a destination and roadmap for the boy. It’s no guarantee of a future, but it’s a really good start towards a healthy next generation.

When the father is never home to be with his wife, doesn’t demonstrate love towards his wife when he is home, and never speaks to the heart of his son about what it means to be a man, the son is lost. There isn’t much to aspire to, and even if he somehow develops his own aspirations for marriage, he hasn’t a clue as to how he can achieve his dreams.

Very few of my Japanese friends had a positive model of family leadership from their fathers. The few that did, unsurprisingly, are typically far ahead of the pack and on their way to starting healthy families of their own.

3) The sex industry in Japan is killing marriages.
I’m not a woman, but when I try to imagine being the wife of a man who looks at thousands of images of other naked women performing an endless amount of sexual acts, I don’t really feel like opening up my body and soul to him on the road to intimate sexual bliss, nor can I really imagine having strong affection towards him.

And since I’m not a woman, and this is only my weak imagination, the reality of destruction is probably far worse then what I just imagined.

Even if this virtual harem of thousands of women, not to mention the physical encounters from Japan’s insanely huge legal revenue generating sex industry (!!!), were somehow hidden from the knowledge of women, men also don’t know how to romance a woman.

The husbands are not the victims of sexless marriages. They are the culprits. There is such a messy long road back to societal health, but it could help a little if the US $30 billion/year sex industry was shut down, or at the least, decreased. Apart from a revolution led by men who turn back from their own active participation and/or passive apathy, I don’t see much hope down the road.

Let’s just be straight. It is NOT cute. It is NOT harmless. It is NOT helping anyone. The sex industry is KILLING Japan’s boys, girls, and families.

Does anyone else want something different?

I don’t want to pretend that I have the full understanding or answers to these huge systemic problems related to relationships, families, and sex, but I have no problem saying that we can grasp things generally and begin taking steps back in the right direction. We don’t have to have all the answers before we move, we just need to start moving away from the obvious direction of death and destruction.

I know which direction I will try to lead my family, but my shoulders are only so broad. We need more men who will turn back towards the right way.

Is anyone else with me?